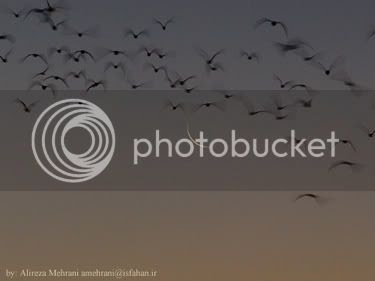 According to Arab News (Jeddah, January 15, 2005), Sheikh Abdul Rahman Al-Sudais, the imam of the Grand Mosque in Makkah has urged Muslims to unite to alleviate suffering of Muslims worldwide. I appreciate this call as it speaks to the hearts and minds of Muslims everywhere. Unfortunately, however, his country’s incredible decisions are doing just the opposite—dividing Muslims even on the matters of worship in which there is universal agreement.

I am referring the recent Saudi decision about that Day of Arafat (the main day of the Hajj) as well as the day of Eid ul Adha (Festival of Sacrifice) and the rift and pain it has caused among Muslims especially in North America.

Earlier, the Saudi Hajj authority and the Moon Sighting Committee of the Islamic Society of North America (ISNA), an umbrella organization for North American Muslim organizations, declared that January 12, 2005, would be the beginning of the Zul Hijjah (12th month of the Hijri calendar), and accordingly, Eid ul Adha would be celebrated on January 21, 2005 (Friday).

On January 14, however, the Saudi authority stunned us by announcing that the Day of Arafat would be January 19 and the Eid ul Adha on January 20. The Saudi authority reportedly advanced the Eid celebration by one day based on moon sighting claims by two persons on January 10. But astronomical data make their claims clearly unbelievable.

As reported in www.Moonsighting.com, on January 10 it was impossible for anyone to see the new moon anywhere on earth except possibly in Chile and Polynesian islands. The new moon was born at 12:03 Universal Time on that day and was barely 3 hours old in Saudi Arabia where it set 3 minutes before the sunset.

Put simply, if a trace of the new moon is sighted in Saudi Arabia, we in the North and the West coasts of the U.S. should be able to have a better view of that moon because we are ahead of the Saudis in its growth trajectory. Nobody has reported sighting the moon on January 10, 2005 anywhere on earth. So, ISNA has found the Saudi moon sighting report unbelievable and stuck to its earlier decision to celebrate the Eid on January 21.

But many American mosques are ignoring the ISNA decisions and blindly following the Saudi decision ironically in the name of global Muslim unity.

I have noticed since the early 1990s how decisions on Ramadan and the Hajj dates taken in Makkah divide and create conflict among Muslims in the U.S. In one year (possibly 1992), we celebrated the Eid ul Fitr over three days during which we experienced an unnecessary cold war within the community. After that, for several recent years, ISNA followed the Saudi decision in the interest of unity among Muslims. But finally, the ISNA woke up to the folly of that decision.

The folly is that those who claim to have sighted the moon well ahead of its astronomical visibility (established by credible astronomers) are either lying or making a mistake. This is what an eminent Egyptian-American Muslim astronomer pointed out at a Southern California MAYA (Muslim Arab Youth Association) conference in the late 1990s (I don’t recall the exact year), after demonstrating the scientific determinism with which astronomers can predict the movement cycle of the moon.

This year’s Saudi claim of sighting the new moon when none in the world has seen it is like telling us to believe that the broad daylight that we see with our naked eyes is dark and deep midnight.

This is not the first time the Saudi authorities have unilaterally declared the date of the Yaomul Arafah (the Day of Arafat) and the day of Eid (alt. spelling ‘Id) based on astronomically incredible sighting of the moon. In fact the Saudis are almost always one day ahead in declaring the Ramadan, Eid ul Fitr, or Eid ul Adha.

Those who accept the Saudi decision without critical sensemaking argue that the Eid has to be celebrated worldwide on the day after the Day of Arafat. But chronologically, Muslims in the time of Prophet (SA) began to celebrate Eid ul Adha in Medina before they could actually perform the hajj, which means that there is no conditional link between the two.

In addition, throughout the fourteen hundred years, until the late 20th century, Muslims in the rest of the world, even those who lived just a couple of hundred miles away in Medina, did not hear from the Makkans about the exact day of Arafat or the Eid. They celebrated the Eid, as the Prophet (SA) instructed, based on their own local sighting of the crescent moon. This tradition of the Eid celebration is still valid in the many Muslim countries. Muslims in Bangladesh, for example, are celebrating this Eid on January 22, 2005 (Saturday), two days following the Saudi celebration.

Today technology has brought us physically closer together. We watch the performance of the rites of the Hajj as they take place in Makkah on television and feel inspired to synchronize our celebration with the Makkans’. But this is historically untrue and logically or theologically questionable.

The Saudi authorities who make the key decisions and those who illogically follow them have to keep in mind that their actions are drifting the already fractured Muslim community further apart.

There is a way out of this mess we are in, and that is called shura or consultation in Islam. The Saudi authorities have to wake up and consult the voices of reason—international Muslim scholars and scientists—before repeating these mistakes and thus further creating disunity among Muslims. We, the Muslims in North America too have to wake up and see how our sincere but rash actions are fracturing us further as a community.
at Friday, January 21, 2005 3 comments:

By Dr Ali Shariati
Hajj occurs during the highly respected month of Zul-Hijjah'. The land of Makkah (Mecca) is tranquil and peaceful. Instead of fear, hatred, and war, the desert is characterized by security and peace. An atmosphere for worship where people are free to face Almighty God is prevalent.

Do you not hear Ibrahim's command:

And call upon the people for Hajj. They will come to you on their bare feet or riding any weak camel and they come to you from every far desert.

You, oh Mud, search for and follow the spirit of Allah! Accept his invitation; leave your home in order to "see" Him. He is waiting for You!

Human existence is frivolous unless one's aim is to approach the spirit of Allah. Separate yourself from all those needs and greeds which distract you from Allah. Therefore, join the eternal human migration to Hajj. "See" Almighty Allah!

Before departing to perform Hajj, all of your debts should be paid. Your hates and angers toward relatives or friends must disappear. A will must be drawn. All of these gestures are an exercise in the preparation for death (which will overtake everyone some day). These acts guarantee your personal and financial clearance. The last moments of farewell and the future of man are symbolized.

Now you are free to join eternity. On the day of resurrection, when "you can do nothing" in Allah's court, where "your eyes, ears, and heart are the best witnesses of what you have done,"

You and every organ of your body are responsible for your deeds. While you are in this "house of correction" get ready for the "house of justice". Exercise death before you die-go to Hajj!

Hajj represents your return to Allah, the absolute, who has no limitations and none is like Him. To return to Him signifies a definite movement toward perfection, goodness, beauty, power knowledge, value, and facts. On your way toward the eternal, you will NEVER approach Allah. He is to guide you in the right direction and not to be your destination!

Islam is different from Sufism. A Sufi lives "in the name of Allah", and dies "for the sake of Allah". But, a Muslim strives to approach Almighty God

To Allah we belong and to Him is our return.

All affairs tend toward Allah.

Our goal is not to "perish", but to "bloom". This is done not "for Allah" but rather to bring us "toward Him". Allah is not so far away from you; therefore, try to reach Him! Allah is closer to you than yourself!

We are nearer to him than his jugular vein.

On the other hand, everyone beside Allah is too far to be reached! Oh man, all the angels prostrated to you; yet, through the passage of time and societal influence you have changed greatly. You have not abided by your promise to worship none but Almighty Allah. Instead, you have become a slave to idols, some of which are man-made.

In an assembly of truth, in the presence of a sovereign omnipotent.

Your nature is characterized by loyalty to other individuals, selfdevotion, cruelty, ignorance, a lack of direction, fearfulness, and greediness! This life has caused you to acquire animalistic traits. Now you are like a "wolf", "fox", "rat", or "sheep".

Oh man, return to your origin. Go to Hajj and visit your best friend who created you as the best creature. He is waiting to see you! Leave the palaces of power, the treasures of wealth and the misleading temples. Dismember yourself from the flock of those animals whose shepherd is the wolf. Join the flock at Miad who is going to see the house of Allah or the house of the people.
at Thursday, January 20, 2005 No comments: 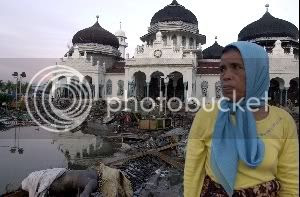 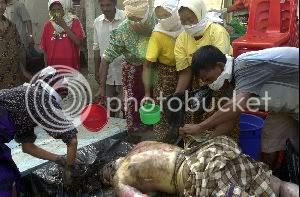