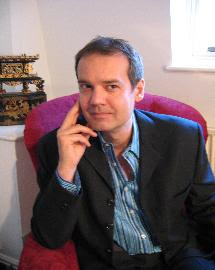 1. What was the initial thought that prompted you to write about your “Boleh or Bodoh column”? What was and has been your intention in writing the article?

Malaysia has good people, good resources and a legal system that ought to function. It depresses me that Malaysia hasn’t been more successful than it has and that it is still fighting the old fights of the 1960s.

Malaysia ’s Chinese have accepted the NEP and its successor policies. They define themselves as Malaysians first and foremost and are among the proudest Malaysians. They have learned Malay. Essentially, they have done everything that has been required of them and yet still there is this endless preoccupation with race in Malaysia.

Meanwhile the rest of the world is just so unbelievably dynamic now. Malaysia is looking more and more like a sleepy backwater relative to what’s going on elsewhere in the world.

Many Malaysians don’t seem to understand this. Many like to travel overseas - but when they do, too many look but they don’t see. They don’t see how things in Malaysia could be improved. They don’t want to learn from anywhere else. They think Malaysia is a special case. They should be bringing back new ideas to Malaysia. Instead they just want to bring back duty free.

2. Have you ever considered the impact the column might have upon your relationship with Malaysian government and its people? We understand Rafidah Aziz, Malaysia’s Minister for Trade and Industry, criticised your column by saying you probably know nothing about Malaysia. Has there been any (positive or negative) impact/response from publishing the column?

I write to be read and I write to have an impact, otherwise there is no point in writing. I criticised the space program for Malaysia’s first astronaut - the making of teh tarik and so on - and the Malaysian Government changed its mind on that and announced that the astronaut would be doing sensible scientific experiments after all. Perhaps I had an impact there.

In any event, more than a thousand Malaysians e-mailed me to say that they agreed with my views. If I am giving a voice to those Malaysians who share the same views but feel that they can’t express them then I’m happy to have been of some help.

But then why should I as a non-Malaysian comment about Malaysia? As far as I am concerned, strict notions of nationality are breaking down. We are all involved in each other’s countries now. Malaysians have a lot of investments in Australia. Australians invest in Asia and so on. We all have stakes in other countries and so all should be able to comment on how they are run. The free flow of ideas and openness are good things. The only people who do not like this are politicians in Malaysia and Singapore. You will never hear Australian or UK politicians complaining about those things. So you should ask yourself, why do Malaysian and Singaporean politicians dislike public debate and openness?

Sadly, I suspect I know more about Malaysia than many Malaysians. One reason for this is because Malaysia’s media is so poor and many things cannot be discussed openly. Ministers like Rafidah would prefer that Malaysians are not told things. Perhaps they have something to hide.

There is an idea among Malaysians that their country is particularly special and unique and that non-Malaysians simply cannot know much about Malaysia. That simply isn’t true. All countries are complex and have their nuances. You can be expert in a country without being from that country. Indeed, sometimes it helps not to be from that country. If more Malaysians sent more time away from Malaysia, they would gain a far clearer picture of what Malaysia is and what it is not.

I have met many Malaysian politicians and business people, spent time in almost every Malaysian state, sat through sessions of the Malaysian parliament and even attended an UMNO general assembly, stayed in kampongs, visited rubber plantations, and so on - that’s more than most Malaysians. I have stayed with Malaysian friends in Damansara, in Ampang and in Pandan Jaya. But Rafidah only stays in Damansara.

3. We understand you’re an expert on Asia’s political and economical affairs. But you seem to have taken an extra interest in Malaysia (like having a special column for Malaysia’s articles on your webpage
(http://www.michaelbackman.com). Why Malaysia?

I studied at an Australian university. Many of my classmates were Malaysian students - Chinese, Malay and Indians. I became very interested in Malaysia from that time on.

4. After reading the column, one can hardly not to think that Malaysia is a somewhat badly “managed” country. We know it might be a big question, but what do you think has contributed to the “mismanagement”of the country?

It is not all bad news. Malaysia has handled race relations well. The NEP with all its imperfections was good for Malaysia. But Malaysia is rich in resources and there is a lot of squandering of those resources.

Education is big part of the problem. Malaysian schools are not nearly good enough. There are Malaysians who are now very regretful and resentful that they attended school in Malaysia. Some have told me that they have spent a lot of their adult lives trying to undo the damage of rote learning and ‘follow the leader’-type training that they were given in Malaysia.

Malaysian schools are a long, long way behind schooling in the West in which emphasis is very much on learning how to question, be creative and not being afraid to publicly voice your opinions. When I was at school in Australia I was encouraged to write essays in which I took the opposite view to my teachers. And the more I argued against my teachers’ positions on things such as social and political issues, the higher the grades that I received. Malaysian schools need to become like this.

5. From the top of your head, what would you rank as the most wasteful projects/policies ever implemented by Malaysia Government in the past 10 years, and why?

Proton - Malaysia should NOT have a national car. You cannot get sufficient economies of scale with a population as small as Malaysia’s when it comes to car manufacturing
Putrajaya - removing civil servants from ordinary society does not make for good government
KLIA - all that infrastructure, very little air traffic and it still takes forever for your luggage to come though - it is ridiculous
Petronas Towers - the lower floors are mostly full of lift shafts - you can’t rent out a lift shaft 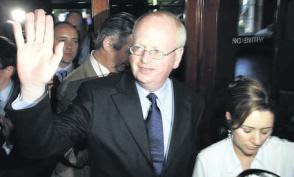 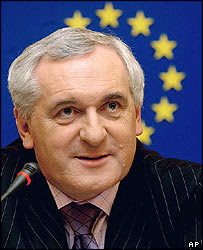 Semua ada alasan sendiri
But where you all spent the money?
RM90 juta untuk cantikkan lobby
So that it looks luxury

Structure work should get priority

And now whose responsibility

JKR or Parliament Committee
While you all gaduh sama sendiri

Email ThisBlogThis!Share to TwitterShare to FacebookShare to Pinterest
Labels: Politics

BACKGROUND OF THE TEACHER

Our teacher has ‘isnaad’ or unbroken chain of transmission that can be traced back to the original writers of each text. This is the methodology of our previous generations (Salaf as-Soleh) in preserving the purity of our sacred knowledge.

DETAILS OF THE PROGRAMME

§ A basic manual for Shafi’i fiqh but also covers 3 branches of most important aspect of deen, namely Aqidah, Fiqh and Tasawwuf. This is a basic text used for beginners in Shaf’i madrasahs’ around the globe. This will be a continuation of last year’s Deen Intensive Dublin.

§ In Arabic language, ‘Safinah’ means – ship, and ‘Najah’ would refer to success or safeness

§ A continuation of last year’s Deen Intensive Dublin. The tafsir of Dr Wahbah is highly regarded as the best contemporary Quranic exegesis that combines both traditional and modern interpretations.

§ A compilation of 50 important prophetic traditions taken from the full version of Hadith Bukhari and Muslim. Commentary of the hadith will be delivered by Al-Fadhil Sheikh Muhammed Fauzi.

§ A collection of advices of the monumental scholar and spiritual master that lived at Tarim in the Hadramawt Valley between Yemen and Oman. He is widely held to have been the ‘renewer’ of the twelfth Islamic century. A direct descendent of the Prophet, his sanctity and direct experience of God are clearly reflected in his writings, which include several books, a collection of Sufi letters, and a volume of mystical poetry. He spent most of his life teaching Islamic jurisprudence and classical Sufism according to the order (tariqa) of the Ba’alawi sayyids.

§ A kitab relating to a person who is in possession of multiple or several occupation, and yet he/she still manage to confer goodness to the deen, without having any specific Islamic Sciences branch.

§ Special classes for sisters concerning ruling for women. This class will depend on the demand of female participants.

There will be several lessons per day (for each text). Lessons are in Malay. Individuals from all over Ireland, UK, European countries and other countries as well are invited to join the programme even if it is not for the full 4 weeks of study. Non-Dubliners who wish to come will be placed in Dublin’s student houses (only by early notice to the contact person).

Email ThisBlogThis!Share to TwitterShare to FacebookShare to Pinterest
Labels: Event

Email ThisBlogThis!Share to TwitterShare to FacebookShare to Pinterest
Labels: General

Email ThisBlogThis!Share to TwitterShare to FacebookShare to Pinterest
Labels: Spirituality