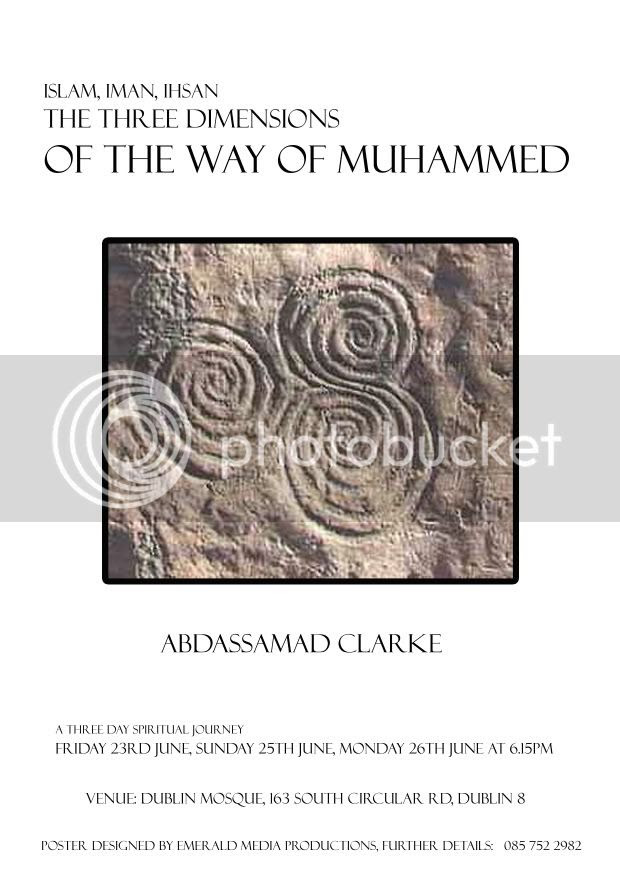 Abdassamad Clarke is the translator of a number of classical works,
including "The History of the Khalifahs Who Took the Right Way", based
on Imam Jalaluddin As-Suyuti's "Tārķkh Al-Khulafā". It is a classical
text presenting some of the most authentic traditions regarding the
first four caliphs of Islam, the integrity and wisdom they displayed
in their governance, and their contributions to that body of practice
which is known to us as the Sunnah. Other books translated or written
by Abdassamad include, "A Madinan View on the Sunnah", "The Clear
Victory", "Year of the Elephant", "Drops from an Ocean" and Ibn Abi
Zayd al-Qayrawāni's manual on Maliki fiqh "Kitāb al-Jāmi'".
at Sunday, June 18, 2006 5 comments:

A Gift For the Sincere

Habib Abdullah bin Hussain bin Tahir al'Alawi is a great Sufi and Saint from Hadramawt Valley.For centuries, Ihya' Ulumuddin is crowned as the 'king' of all tasawwuf texts.However, the work of Hujjatul Islam Imam Ghazali is considered quite lengthy.Later generation of scholars, like Imam Habib Abdullah bin Alawi al-Haddad took the effort to compile the knowledge of Ihya into a simpler text.The Silsilah of Imam Haddad is a 10-volume set of works of Imam Haddad that were considered as the summary of Ihya.The famous Nasaih Diniyya is included in the Silsilah.

Imam Haddad was not the only one who had laid effort to summarize the knowledge of Ihya. Other scholar like Abdul Wahab Sha'rani (d:973H/2565M) from Qalqanshada, Egypt who was a Shafi'i scholar and prolific writer in Sufism had written a few set of works on tasawwuf. His style is nonetheless the same with Imam Ghazali in the sense of showing the unity between law (fiqh) and the way (tariqah). I used to hear that Ustaz Fauzi mentioned that his works, just like Imam Haddad are the summary of Ihya's content. Among Abdul Wahab Sha'rani's works that still remained popular today is Lata'if al-Minan wa al-Akhlaq (Subtleties of Gifts and Character) and Lawaqih al-Anwar al-Qudsiyya (The Fecundating Sacred Illimunations).

However, the work of Habib Abdullah bin Hussain bin Tahir al-'Alawi is even more mesmerizing.He concluded the whole theme of Ihya' Ulumuddin into poetry. The nazam were written by chapters and all of them are the abridgement of Ghazali's Ihya.

And today, we had the opportunity to learn the most important chapter of all from Hidayatul Siddiq of Habib Abdullah bin Tahir.The chapter on preserving the heart.Delivered by the most qualified teacher who used to sit with various scholars and saints. May Allah benefit us through Sidi Abdul Aziz Ahmed!

So discipline heart, O my brother!
By leaving every transgression

And attribute it to hunger
And minimal appeasement

Minimal speech
And abandonment of sleep

And rejection of lusts
Neglect and dissension

And taking care of the senses
Of hearing and touch

And live with presence of mind
And remembrance and gratitude