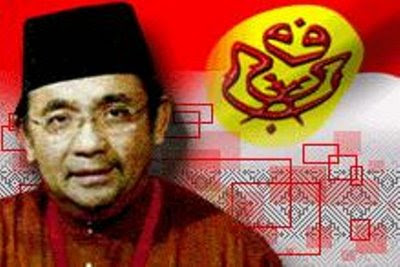 The Last of Ottoman

Ertugrul Osman – the would-be sultan known in Turkey as the “last Ottoman” – has died in Istanbul at the age of 97.
Osman would have been sultan of the Ottoman Empire had Turkey’s modern republic not been created in the 1920s.
As the last surviving grandson of Sultan Abdul-Hamid II, he would have been known as his Imperial Highness Prince Shehzade Ertugrul Osman Effendi.
Born in Istanbul in 1912, Osman spent most of his years living modestly in New York.

ERTUGRUL Osman, who might have ruled the Ottoman Empire from a palace in Istanbul but instead spent most of his life in an apartment in New York, has died of kidney failure while on a visit to Turkey. He was 97.

Osman was a descendant of Osman I, the Anatolian ruler who in 1299 established the kingdom that eventually controlled parts of Europe, Africa and the Middle East.

The younger Osman would have eventually become the sultan, but for the establishment of the Turkish Republic, proclaimed in 1923.

For the past 64 years, Osman - formally His Imperial Highness Prince Ertugrul Osman - and his wife, Zeynep, a niece of a former Afghan king, lived in an apartment on Lexington Avenue in Manhattan. At one time they kept 12 dogs in their home, a two-bedroom unit up a narrow, dim stairway, and enlisted neighbourhood children to walk them.

Osman was often asked if he dreamed that the empire would be restored but always answered, flatly, no. ''I'm a very practical person,'' he said in 2006. ''Democracy works well in Turkey.''

In an interview for al-Jazeera television last year, he refused to say an unkind word about Mustafa Kemal Ataturk, who led the revolution that deposed his family.

Osman, who was born in Istanbul, was the last surviving grandson of an Ottoman emperor; his grandfather, Abdul Hamid II, ruled from 1876 to 1909. In 1924, the royal family was expelled by Ataturk, the founder of the Turkish Republic. ''The men had one day to leave,'' Osman said. ''The women were given a week.''

Osman attended school in Vienna and moved to New York in 1939. He returned to Turkey for the first time 53 years later, in August 1992, at the invitation of the prime minister. On that trip, he went to see the 285-room Dolmabahce Palace, which had been his grandfather's home - and where he had played as a child. He insisted on joining a tour group, despite the summer heat. ''I didn't want a fuss,'' he said.

As a young man, Osman ran a mining company, Wells Overseas, which required him to travel frequently to South America. Because he considered himself a citizen of the Ottoman Empire, he refused to carry the passport of any country. Instead, he travelled with a certificate devised by his lawyer. That might have continued to work had security measures not been tightened after the attacks of September 11, 2001. In 2004, he received a Turkish passport for the first time.

Osman often impressed interviewers with his dry wit and knowledge of trends in politics, architecture and pop culture.

When Didem Yilmaz, a filmmaker, interviewed him for Seeking the Sultan, a short documentary film about him, she expected to find him bitter about his life's trajectory. Instead, she said, he was ''kind, understanding and contemplative''. At one point, she added, Osman said to her knowingly: ''If I had a bad life, it would be better for your film.''

Osman married Gulda Twerskoy in 1947. She died in 1985. At a party in 1987, he met Zeynep Tarzi Hanim, an Afghan princess. Nearly 30 years his junior, she had been raised in Istanbul and was living in New York. They married in 1991. He has no other survivors.

"A woman when left to her desires becomes very dangerous like a tiger. In fact, even fiercer than that. If the world is left to women, we will be open to continuous war."

"We can help each other with many chores including looking after the husband and children. The other wives come into our life to complement it."

“He is re-branding his organisation. The club is the public relations front for the organisation to pursue their activities,” said its polygamy research project head Norani Othman, adding that Ashaari was simply reviving the cult community by using a different strategy.

Norani, who is also a sociology of religion professor and principal research fellow with Universiti Kebangsaan Malaysia, said they government is now put in a difficult position.

“How can the government now oppose a family-based global network, based on an institution of marriage that is accepted by Islamic authorities,” she said.