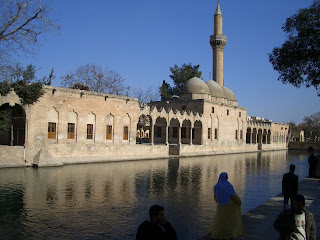 Halil-Ur-Rahman compound. They used to have a very famous madrasah around here. 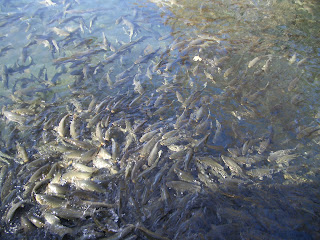 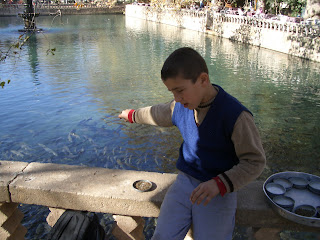 Urfa kid feeding the fish. Only if you give them 1 million lira! 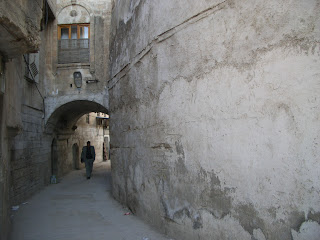 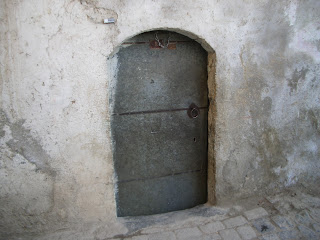 Don't judge a madrasah by its door. Main entrance to Hoca Shukri's madrasah in Urfa. 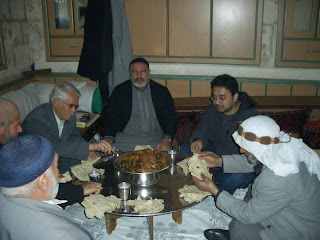 Sharing Urfa meals with the Shaykh inside the madrasah. Kharuf roasted with some Urfa's spices. Cuisine in Urfa is more spicy than meals from other part of the country. Don't forget the famous Urfa's kebab! 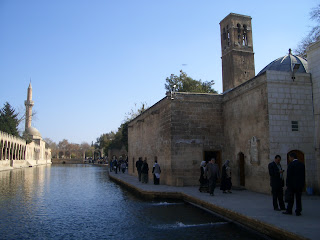 Around the Halil-Ur-Rahman mosque again 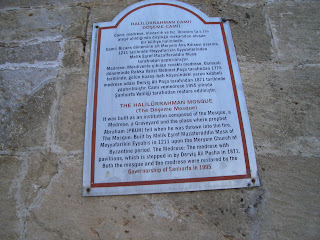 Click on the photo to read more about Halil-ur-Rahman mosque in Salinurfa
at Wednesday, December 26, 2007